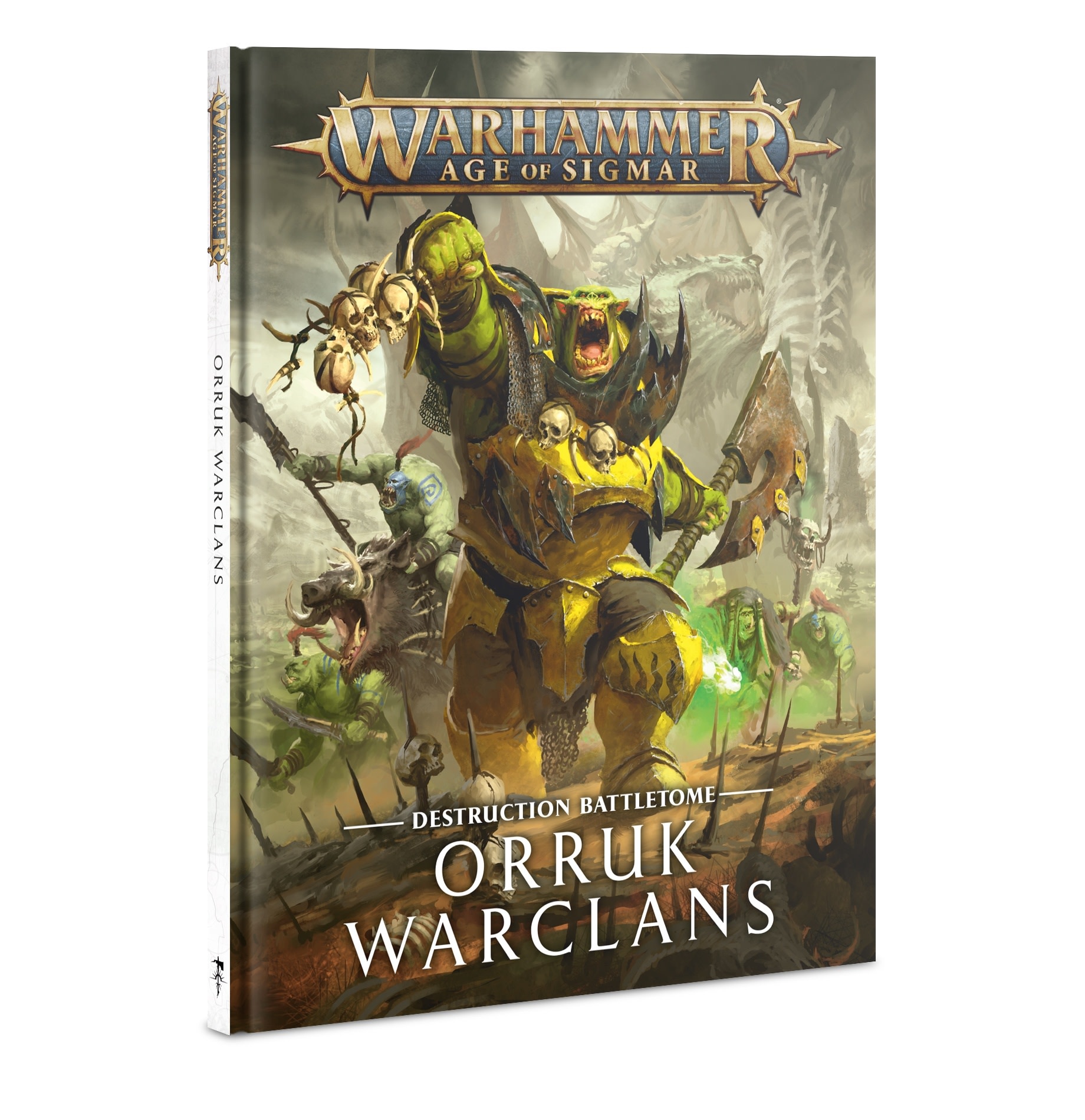 With a mighty cry of ‘Waaagh!’, the warclans of the orruks shake the Mortal Realms to their core.

In the Mortal Realms, there are those who fight for justice, those who fight for glory, and those who fight to serve the wills of their all powerful gods. Orruks, on the other hand, fight for nothing but the sheer brutal fun of it! Sound appealing? Then Battletome: Orruk Warclans is for you! In this 104-page hardback battletome, you’ll find a complete guide to the vast and brutal warclans of the Orruks – the dead ‘ard Ironjawz, and the tribalistic, savage Bonesplitterz. You'll discover the brutal (and often hilarious) history of the greenskins in the Mortal Realms, and their twin-headed god, Gorkamorka, illustrated with rich art that brings their world to life.

Meanwhile, a set of allegiance abilities allow you to field your Bonesplitterz and Ironjawz models on the tabletop with powerful faction rules of their own that let you master their distinct strategies and ways of war on the tabletop. You can even combine your armies into one massive Big Waaagh! – a combined horde of Orruks with faction rules representing the devastating magical energy created by such a destructive gathering! Warscroll battalions, magical spells, command traits, artefacts and more give you a vast degree of choice for customising your collection – from monstrous cavalcades to armoured hordes, you'll have loads of choice as to how your army looks. What’s more, the book contains painting tips and different colour schemes to inspire your collection, as well as bespoke missions and Path to Glory rules that are perfect for organising your first battles with your Orruk horde.