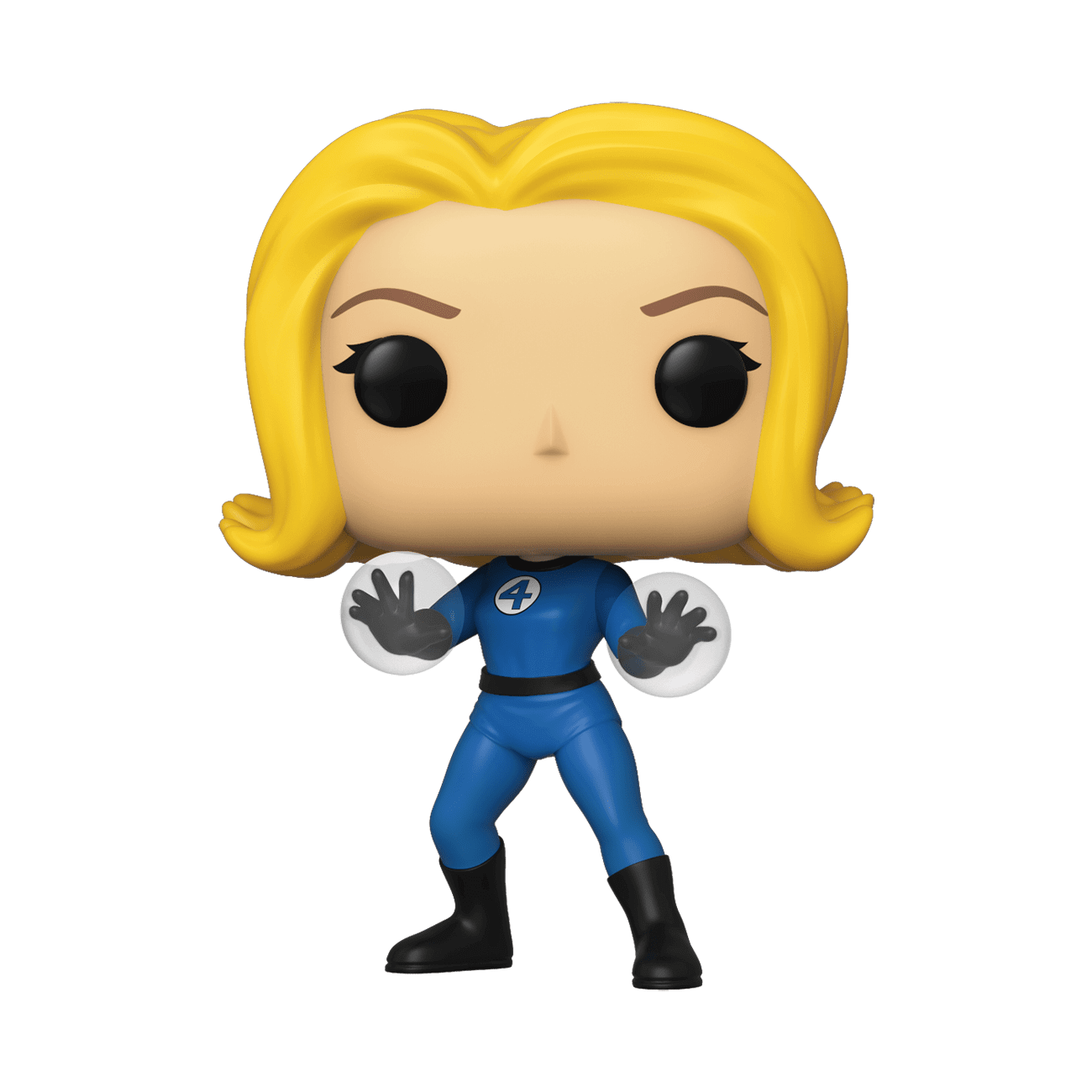 While living with her aunt, Susan, at the young age of 17, met her future husband, Reed Richards, a house guest who was attending college. When she graduated from high school as the award-winning captain of her Girls' Varsity Swim Team, she moved to California to attend college, where she pursued an acting career and encountered Richards again.

Sue Storm received her powers by being exposed to a cosmic storm. She possesses two powers: invisibility and force fields. Her invisibility power deals with bending light waves and allows her to render herself and other objects invisible. She can also project powerful fields of invisible psionic, hyperspace-based energy that she uses for a variety of offensive and defensive effects, including shields, blasts, explosions, and levitation.

The figure measures about 3 3/4 inches tall and comes packaged in a window display box, please note images shown are artwork and the final product produced may vary.

This pre-owned & pre-loved Funko POP! may or may not come with its original box. To inquire about this specific POP!, please kindly contact us directly and we can confirm the box status for you.